To address important needs with new capabilities DARPA needs to look beyond the cutting edge for key enabling technologies. This talk outlines some of the directions that DARPA researchers are currently exploring. 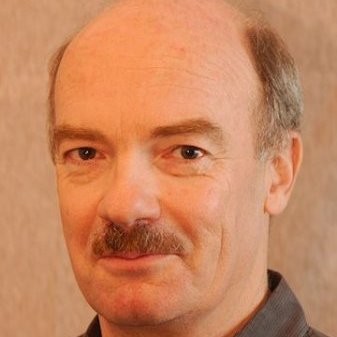 Eduard Hovy is a research professor at the Language Technologies Institute in the School of Computer Science at Carnegie Mellon University. Starting in 2020 he served a term as Program Manager in DARPA’s Information Innovation Office (I2O), where he managed programs in Natural Language Technology and Data Analytics totaling over $30M per year. Dr. Hovy holds adjunct professorships in CMU’s Machine Learning Department and at USC (Los Angeles). Dr. Hovy completed a Ph.D. in Computer Science (Artificial Intelligence) at Yale University in 1987 and was awarded honorary doctorates from the National Distance Education University (UNED) in Madrid in 2013 and the University of Antwerp in 2015. He is one of the initial 17 Fellows of the Association for Computational Linguistics (ACL) and is also a Fellow of the Association for the Advancement of Artificial Intelligence (AAAI).

Dr. Hovy’s research focuses on computational semantics of language and addresses various areas in Natural Language Processing and Data Analytics, including in-depth machine reading of text, information extraction, automated text summarization, question answering, the semi-automated construction of large lexicons and ontologies, and machine translation. In mid-2021 his Google h-index was 94, with over 49,000 citations.

Dr. Hovy is the author or co-editor of eight books and over 450 technical articles and is a popular invited speaker. From 2003 to 2015 he was co-Director of Research for the Department of Homeland Security’s Center of Excellence for Command, Control, and Interoperability Data Analytics, a distributed cooperation of 17 universities.

Dr. Hovy regularly co-teaches Ph.D.-level courses and has served on Advisory and Review Boards for both research institutes and funding organizations in Germany, Italy, Netherlands, Ireland, Singapore, and the USA.