Black Box AI? No Thanks!

While recent advances in natural language processing are widely publicized, deployment in critical applications like healthcare and defense is lagging behind.

Why? Because the agents can’t explain their decisions in normal human terms.

Why? Because they manipulate language input without understanding what it means. Language understanding is not only about language: it requires commonsense knowledge about the world and the agents in it.

Why? Because much of what people express and understand through language is not overtly present in text or dialog.

But isn’t it unrealistic to teach agents to understand language? Not at all, as long as agents can learn about language and the world as part of their normal operation.

In this talk, I will briefly describe a proven computational methodology for developing agents of this kind – agents that will be able to explain their decision-making to people in a way that will engender trust. 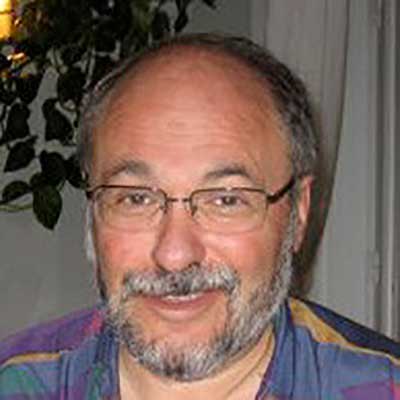 Sergei Nirenburg has worked in a variety of areas of cognitive science, artificial intelligence, and natural language processing for over 35 years, leading R&D teams of up to 80 while serving as PI on projects totaling over $24 Million in R&D funding.

His lab develops explanatory computational models of human cognitive capabilities and implements them in language-endowed artificial intelligent agents. Dr. Nirenburg received his Ph.D. in Linguistics from The Hebrew University of Jerusalem, Israel.

In 1987-94 he was Senior Research Scientist at the Center for Machine Translation at Carnegie Mellon. In 1994-2002 he was Director of New Mexico State University’s Computing Research Laboratory, a major AI and NLP research institute.

Dr. Nirenburg has co-authored three books, most recently, Linguistics for the Age of AI (co-authored with Marjorie McShane), published by MIT Press in March 2021. He also edited six books and published over 200 scholarly articles in journals and peer-reviewed conference proceedings. Dr. Nirenburg has been active as a scientific community builder.

He is a Member of the International Committee on Computational Linguistics and Honorary Editor of Machine Translation, the archival scholarly journal, in which he served as Editor-in-Chief between 1987-96. Since 2018 he has served as Co-Editor-in-Chief of the Language and Computation section of Frontiers in AI.

He was Program Committee Chair and General Chair for several COLING, MT Summit, and Applied NLP conferences. Between 1985-2007 he ran a series of eleven international conferences on Theoretical and Methodological Issues in Machine Translation. He organized and ran two NATO-sponsored Advanced Studies Institutes on Language Engineering.