In this presentation, Mustafa Jarrer will provide an overview of existing tools, models, and datasets that are important to understanding text semantics. First, nested named entity recognition tools and corpora will be presented. Second, advanced in word sense disambiguation and sense inventories will be demonistrated in details. 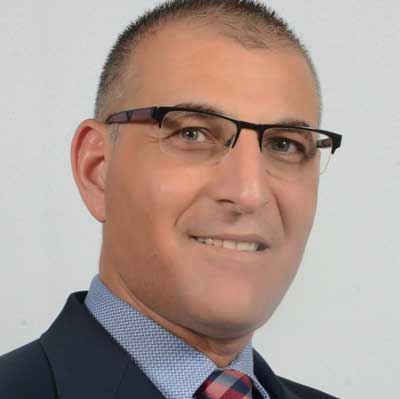 A full professor of Computer Science, and director of the PhD program at Birzeit University in Palestine. He was a Fulbright visiting professor at the University at Buffalo in the USA (2016-2017), a Marie Curie fellow at the University of Cyprus (2007-2009), and a senior research scientist at Vrije Universiteit Brussel (1999-2007), where he completed his Masters (2000) and PhD (early 2005). He has won several prestigious awards including, among others, the Shoman Arab Researchers Award in Technology, Mohammed Bin Rashid Award for the Arabic Language, and Google Faculty Research Award. Prof. Jarrar has published 80+ articles in the areas of Natural Language Processing, Ontology Engineering, Semantic Web, and Graph Databases. He chaired 23 international workshops, a PC member of 150+ journals/conferences, a coordinator/manager of 25 large EU projects, a full member of the IFIP2.6 on Database Semantics, the IFIP2.12 on Web Semantics, and the UN ESCWA Technology Centre Board of Governors, among others. Prof. Jarrar is also the founder of both Sina Institute for Knowledge Engineering and Language Technologies, and the Palestinian eGovernment Academy, and advisor at the Palestinian ministry of Telecom & IT for e-government topics, where he developed and chaired the Palestinian e-Government Interoperability Framework (called Zinnar).